I will never forget that phone call. It seemed innocent enough. She asked to meet for coffee. Usually, I would have thought nothing of it, but considering the topic, I was concerned.

My wife had just been to the doctor for a routine checkup of her pregnancy. I knew that she was getting an ultrasound that day, but I had one of my first appointments as a REALTOR®. We both decided I should got to my appointment since her appointment was routine. I regretted not being there, but as soon as I hung up the phone, that regret turned to guilt and apprehension.

We met shortly after the call at a local coffee shop that we had been to many times. As soon as I walked in, I looked her in the eyes for any signs of anxiety or grief, but her gaze was normal, except for maybe a little sparkle.

After we got our cups of joe, we found a table, and I sat across from her, trying to hide my tension.

She gave me a crooked smile and slid an ultrasound across the table. It appeared as you might imagine, white and gray indistinguishable swirls. I did notice, that there were two letters on it. A and C. I looked at her with a shrug, expecting an explanation.

She slid another photo across the table. This one had A and B.

Her eyes widened, slightly. Her look still unrevealing. I am sure that my face was full of confusion and anticipation.

“Are we having twins,” I asked?

Then she slid the last image in my direction. B and C.

This time, her eyes had a look I had never seen from her. It was not quite fear, but it also wasn’t exactly excitement. An expression that is beyond description.

“Three,” was the only word she said to me.

I gave her one of those looks that is universal for “REALLY?!?!?”

She nodded slowly and smiled with eyes full of tears.

I tried to focus on my breathing with the goal of remaining calm, but when I picked up my cup for a drink, tiny waves sloshed around the container as tsunamis of nerves fired down my arm and into my quaking hand.

This news was a dramatic change of events. We had for years tried to get pregnant, to no avail. Many people do not understand how difficult that type of situation is. The feelings of frustration, resentment, and inferiority are constant, and they can play havoc on a relationship.

Finally, we consulted a fertility specialist. That did the trick. And then some. Within months we were pregnant. Thrilled wasn’t the word for how we felt. Relief doesn’t describe it. It was like the weight of the world had been lifted off our shoulders and been replaced by a blanket of elation.

When we found out that we were having triplets, our hearts nearly burst. We had gone from the despair of emptiness, to the thrill of life overflowing. We also learned after the news that there is a fine line between absolute excitement and sheer anxiety.

One second, we were talking about names and futures, the next moment we felt like we needed to breathe into a paper bag. The idea of bringing one baby into the world was intimidating, the thought of three was overwhelming.

Regardless of our nervousness, the two months after that fateful day in the local coffee shop were some of the best that I have ever experienced.

Then it all changed.

A few weeks later, my wife had another routine prenatal checkup. This time I joined her. I wouldn’t have missed it for the world. I had learned my emotional lesson after missing the first ultrasound visit.

The appointment started normal enough. We checked in with the bespectacled middle-aged lady at the front counter. I spent a few minutes paging through two-year-old issues of Reader’s Digest. My wife stared blankly at a random HGTV show on a muted television hung on the cream-colored wall next to framed generic floral prints. Jazzy waiting room music played faintly in the background.

Eventually we were called back into the lab, and we made it through the radiology session with what seemed like no issues. Everything was routine as the technician spread the gel around her belly and ran the sensor over the gooey areas. She told us that we were having two girls and a boy! I am sure that learning the gender is always a surreal and prideful moment for any first-time parents, but for me those feelings were multiplied by three!

The tech excused herself after she completed her task. We barely noticed because we were buzzing with excitement of the big gender reveal. We made small talk about what to call them and what they would be when they grew up. Then we started to notice that we had been waiting longer than usual for the analysis. Usually, we would have found out details about their size and due dates, but the nurse had left with very little feedback. We noticed it in passing but didn’t think much of it.

Then the doctor walked in, and I immediately knew something was wrong.

Most people who know me would say that I am a pretty calm person. I consider myself friendly and outgoing, but sometimes I am misunderstood because I can be so straight-faced. I have often been told that I am hard to read because I rarely show emotion. I attribute some of this to my time in the Air Force, where I learned discipline and military bearing, and some of it to the fact that I just naturally have a pretty steady personality.

I am also a positive person who does not take life too seriously. For example, I am known for wearing my Red Converse All Star Chucks wherever I go, no matter the occasion. It’s my thing. I wear them with a suit. I wear them with jeans. I wear them on my own time, and I wear them when I am working. I even have them in some of my photos on MLS. They’re my favorite ice breaker. You could say they’re my trademark. The reason why I chose them is because I want to express myself. After my time wearing uniforms in the military, I wanted to show my originality and personality. I wanted to show people that I love to laugh and have a good time. It’s my little testament to a life less serious.

As we sat in that radiology lab listening to the Doctor’s report, I was struggling to maintain that composed, optimistic, and jovial nature. She was professional, but her tone was grave. We were informed that one of our daughters had a fatal birth defect. Her chest cavity was malformed, and her heart and lungs were not developing. There was nothing that the doctors could do without jeopardizing her siblings. We were going to lose her and there was no way around it, and the even worse news was that my wife had to carry her to term.

I had always heard people talk about how the air gets sucked out of a room, but I had never experienced the vacuum of emotions like I did in that moment. My heart was spinning. One moment, I felt utter despair, and in the next, there was hope for our other two babies. Thoughts and emotions changed in nanoseconds. To put it simply, I was in shock.

After a few reeling moments, I regained my composure. We still had our boy and our girl to focus on. We had to be strong. I decided in that moment to remain positive and always look on the bright side. To my surprise, I found relief in my optimism.

We went home and spent the next few days on a teeter totter of feelings. Down with the sadness of the loss of our daughter, who we named Ainsley Faith, and up with the optimism for our loves that remained, Aiden Luis and Allegra Madison, then back down again. And then back up, where we chose to stay.  Finally, we decided to not focus on what we lost, but instead on what we still had. Despite the pain that we felt into our marrow, we chose to remain positive. We had two more babies that we were excited to meet!

Two weeks later, my wife went into labor at twenty-nine weeks. The process took two full days and the doctors did everything that they could, but the medical field in the mid nineteen nineties was not as advanced as it is today, so it was out of their hands.

We lost all three of our babies.

I will not even try to describe the agony that we felt, because there are no words. Our lives were shattered.

Instead of focusing on how this tragedy wrecked my world, I want to express how it actually made me a better person. I want to share how something good can come out of even the most heartbreaking situations. Was it the saddest, and most painful period of my life? Yes. Does that grief still linger? Yes. Despite this, I learned some very valuable lessons from that experience that made me into the man that I am today, with the greatest being compassion.

When I say that I learned to be compassionate through that experience, I am not talking about the run of the mill, cliché version, of sympathy that most people experience by expressing their feelings for other human beings in words. I learned that real compassion is action. Our lives are limited. They can end at any moment. Sometimes we never get to say, “I love you” or “good bye.” Don’t just tell people that you care. Don’t just say “Thank you”. Show them. Be gracious. Demonstrate kindness. Do the little things, and they will add up to a life better lived. 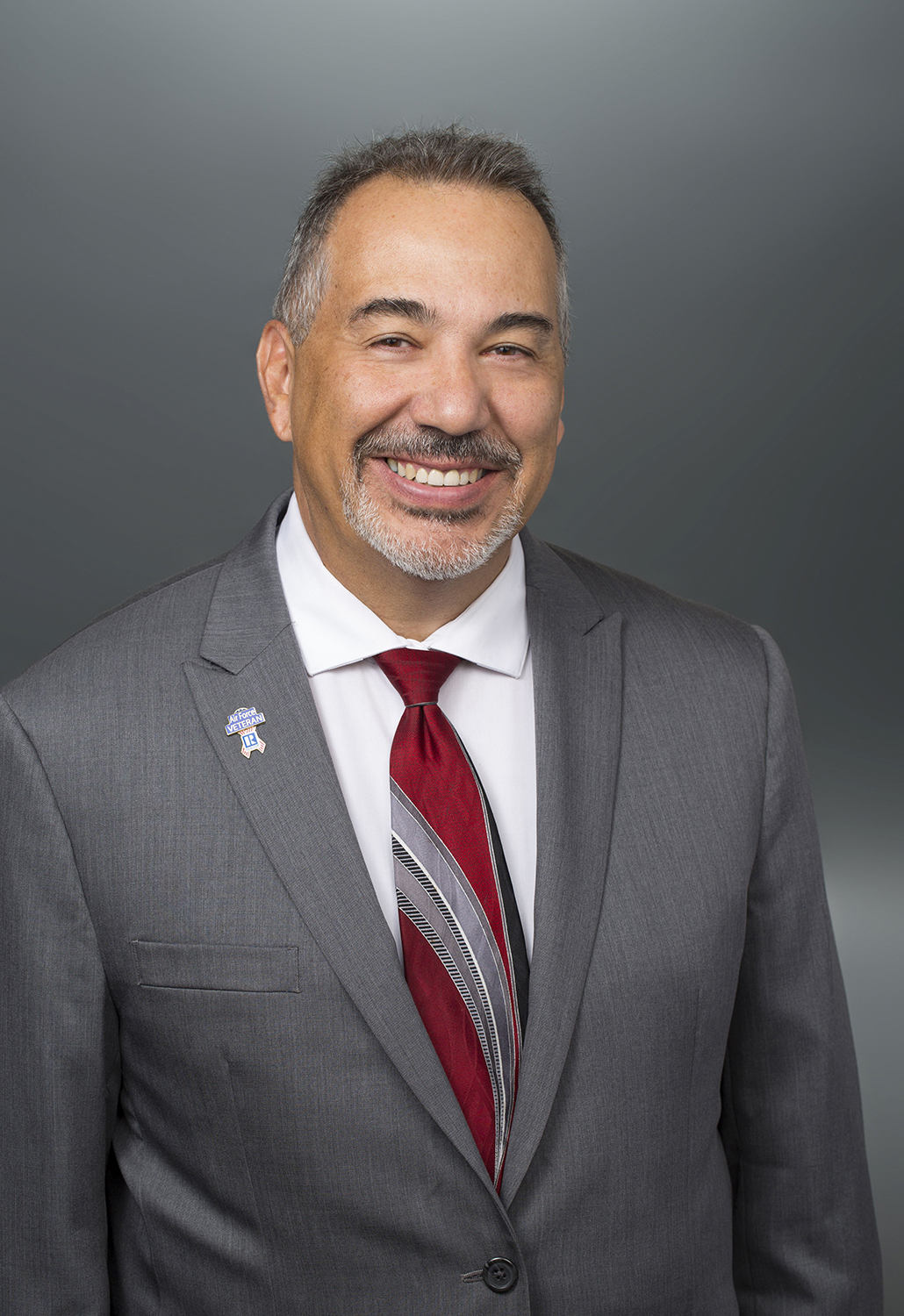 I practice this theory in my personal life. Even though we are no longer married, my ex-wife and I went on to have another healthy and beautiful daughter together, Sydney, who is now 19 years old. I never let a second go by without showing her how much she means to me and how important she is to my world. My goal is to apply this to all aspects of my private life, as a father, son, and veteran. My goal is to give back and leave people better than I found them. I sincerely attempt to practice patience and show empathy. I am not perfect, and I am a constant work in progress, but I always do my best to speak through actions.

I also believe in being compassionate in my career as a REALTOR®, Broker Associate, and District Director. Professionally, compassion is treating my clients like I want to be treated, by putting their own needs before mine. Real estate is how I make a living and provide for my family, but in no way do I see this as a transactional business.  I see it is a charitable opportunity. By charity, I do not mean that I would like to give my income away, instead I am talking about giving myself to my clients by being an instrument for them.  I am here to make what is a stressful and anxiety filled process into an enjoyable and even fun experience!  That’s where my red shoes come in!

The goal of living as selflessly as possible and showing others how I feel with action all started with the greatest loss of my life many years ago, but I know that my little children are waiting for me beyond the clouds in heaven, and all those clouds have silver linings...